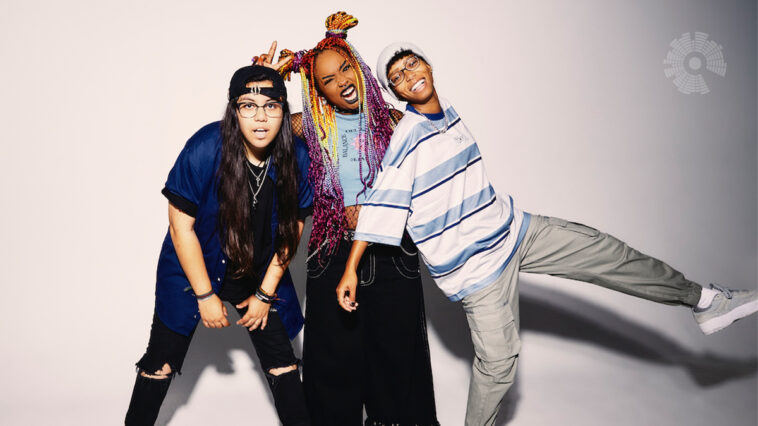 Pop-punk is having its time in the sun once again, as different iterations of the genre swim around the Billboard Hot 100 and streaming charts. This time, though, a new class of pop stars and rappers are taking the reins.

While the genre itself has never disappeared completely from the mainstream, very few pop-punk groups have held onto their roots and excelled throughout the last ten years. Before the relatively short days of Lil Peep and Juice WRLD’s bursts of emo-inflected rap across radio stations and online publications, pop-punk had, for many, become a symbol of a dying era — it was a genre to be defended to some, and a genre to be forgotten to others.

Enter Consequence’s August Artist of the Month Meet Me @ the Altar, a trio who found each other on the internet and bonded over their love for the genre. With this so-called “revival” taking shape in the 2020s, there’s a clear shift from the overwhelmingly white and male pop-punk acts from the mid aughts, many of which were signed to Meet Me’s label, Fueled By Ramen.

Now, fresh efforts are being made to ensure the genre is both inclusive and destabilized — to infuse pop-punk in multiple genres as a trait, rather than the defining aspect. With Meet Me’s FBR debut EP Model Citizen, out tomorrow (August 13th), the trio decide to hearken back to a different, more niche offshoot of pop-punk: Easycore.

Pioneered by A Day to Remember, Four Year Strong and New Found Glory, easycore is a style that features many of the melodic and rhythmic elements of metalcore — including double bass-heavy breakdowns, pinwheeling riffs and drop-D tuned guitars — with the energetic vocal styles of pop-punk.

Meet Me @ the Altar are supremely indebted to this form, and each track on Model Citizen features chugging breakdowns in major keys, soaring vocals, and all around positive vibes. These songs are practically begging you to jump and smile along, and with each half-time shift and colossal chorus, it’s hard not to.

However, within these songs are clear homages to other eras of pop-punk. Opening track “Feel A Thing” has a melody that wouldn’t be out of place on Avril Lavigne’s Let Go or even Michelle Branch’s debut, The Spirit Room (which coincidentally turns 20 on August 14th). “Mapped Out” calls to mind Paramore’s late 2000s mallcore mixed with A Day To Remember’s Warped Tour-ready enthusiasm, while “Never Gonna Change” feels more in line with Machine Gun Kelly and Iann Dior’s infectious brand of pop-rock — albeit, without any toxic masculinity in the lyrics.

In fact, Meet Me’s insistence on both easycore and down-the-middle pop-punk melodies ends up limiting them. Throughout the EP, there is little room for rest, with each breakdown leading to, well, another breakdown for most of the record. But in these brief moments of restraint, Meet Me succeed greatly — so often the pattern of hardcore-based music is a relentless need to keep the party going, even when the lyrics refer to the opposite. Meet Me can fall into this rhythm, but when they do take space in the bridges of their songs, they let the sweetness of Edith Johnson’s voice and Téa Campbell’s versatile guitar work shine.

Both Cambell and drummer Ada Juarez prove easily that they’ve got performing chops, but it’s Johnson’s vocals throughout Model Citizen that are the true highlight. From the toned down sweetness in the verses of “Brighter Days (Are Before Us)” to the powerhouse high notes of “Now Or Never,” Johnson’s unwavering energy and heart make her a fierce and versatile vocalist.

Comparisons to Hayley Williams are sure to follow, and in the best way — very rarely does a vocalist come along in heavier genres with as much crossover potential as Johnson (so remember her name!).

Overall, the trio does a terrific job of proving that they can meld their hardcore sensibilities with a modern pop twist. Model Citizen is a clear and cohesive step towards a post-Warped Tour, pop-punk-celebrating audience. And though some of their more specific reference points may be stuck in the MySpace era, Meet Me @ the Altar are proving that they’re right on time.

Essential Tracks: “Brighter Days (Are Before Us),” “Feel A Thing,” “Never Gonna Change” 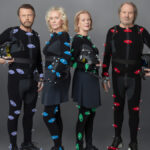