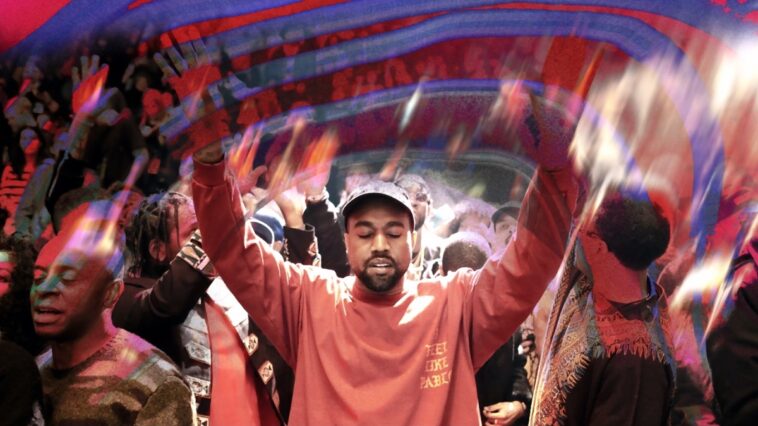 This article originally ran in 2016 and has been updated. Welcome to Dissected, where we disassemble a band’s catalog, a director’s filmography, or some other critical pop-culture collection in the abstract. It’s exact science by way of a few beers. This time, we sort through the best and worst of Yeezy country.

Over the years, Kanye West has been many things to many different people. He started off as Jay-Z’s secret weapon, a budding super-producer pumping out hits like “Izzo (H.O.V.A.),” “Takeover,” and “Encore,” prompting Jay-Z to interrupt The Black Album to shout, “Kanyeezy, you did it again, you a genius!” That was probably one of the last times West was called Kanyeezy, and one of the first times the g-word was tossed around.

In 2004, West launched his solo career and sold himself to the public for the very first time. In the beginning, he was the reinvention of backpack rap, “the feeling of A Tribe Called Quest,” contained within “this guy called West.” Lots has changed since then. West has taken turns as a civil rights activist and the Louis Vuitton Don, pushed artistic boundaries and torn up shopping malls, and transformed from devout Christian to “I Am a God” and back again.

Throughout these many evolutions, he’s kept himself a household name by staying in the headlines. Kanye West’s gift for controversy is unmatched among his peers. In the course of an album promotional cycle, he will say and do what others will not and smile as the consequences rain down on his head.

Even his most devoted fans have at times found him exasperating, and some of his most avid haters read every story about him. Kanye West is many things, but he is never boring.

Throughout these albums, both collaborative and solo, West displays a singular vision and a restless, probing ear. This is a discography that permanently altered the landscape of popular music. Love him, hate him, or just press

Good Morning (Introduction): If there’s no such thing as bad press, then Kanye West has elevated the album rollout to an art form. Jesus Is King had release dates come and go without a new record, and each miss led to another round of breathless news coverage. He supplemented these stories with escalating quotes about a newfound religiosity. West gave up cursing and asked the people working on the album to refrain from pre-marital sex. A project that once was called Yandhi was rechristened as Jesus Is King. Kanye West was born again and committed to gospel music. The only question was what West’s version of gospel would sound like.

On Sight (Album Cover): Jesus Is King features the simplest album cover in Kanye West’s discography, simpler even than Yeezus’ plain CD with a strip of tape. Here, a blue LP sits in a blank white rectangle with the album’s title in yellow lettering. Perhaps this was meant to indicate a return to minimalism. Instead, it just underscores the lack of forethought that went into the project.
Harder, Better, Faster, Stronger (Best Sample): “Follow God” is built around a sample of “Can You Lose by Following God,” released by Whole Truth in 1974. It hearkens back to the chopped and screwed soul samples upon which West built his reputation. It’s an old formula, tried and tested, but there’s still a bit of magic in it.

New Day (Overall Mood or Sound): West follows through on his evangelical mission, building sparse hip-hop out of choirs, organs, and whispered hallelujahs. The songs are short, in the tradition of ye and Kids See Ghosts, and the album only runs 27 minutes. Most of Jesus Is King is given over to praising God, but West occasionally loses the thread. In “On God,” West concludes the song by defending his choices as a businessman. “That’s why I charge the prices that I charge,” he shouts, perhaps referencing his expensive fashion line or Yeezy 350’s. “I can’t be out here dancin’ with the stars/ No, I cannot let my family starve!” It’s a curious way to end a song praising God, and moments like this make the album feel less than sincere.

Mic Drop (Noteworthy Lyrics): “Closed on Sunday/ You’re my Chick’Fil’A,” West raps on “Closed on Sunday.” He repeats the line over and over again, and even squeals “Chick’Fil’A!” at the end, in case you missed the joke. This is typical of West’s approach on Jesus Is King. First, he builds a whole song out of a single half-baked punchline. The one idea used up, the rest of the track is then devoted to lectures about how you should stay off Instagram on the Sabbath. Still, with an album as humorless as this, a half-baked punchline is better than none at all. 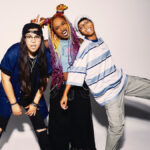 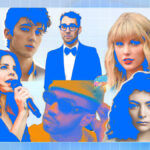