Consequence’s Punk Week continues with a staff list of the genre’s Top 50 songs. Keep checking back throughout the week for interviews, lists, editorials and videos — it’s all things punk, all the time.

Three chords and a bit of attitude can go very far in terms of writing a decent punk song. But the greatest punk tunes stand out among the rest for a myriad of reasons — from historical significance to sociopolitical importance to undeniable catchiness.

Punk isn’t just a genre of music. It’s a way of life. It can very well be argued that the Ramones were the first true punk band, but there were certainly elements of what would eventually be termed punk rock on records that came before Joey, Johnny, Dee Dee, and Tommy offered up their iconic 1976 debut album.

For the most part, this list of the Top 50 Punk Songs of All Time eschews the proto-punk that preceded the Ramones, though we included a couple of exceptions (namely Iggy & The Stooges and The Velvet Underground).

While the Ramones’ songs provided a soundtrack for outcasts and misfits, UK acts like Sex Pistols and The Clash would soon emerge with tunes that challenged authority and governmental policies. From there, a hardcore movement would emerge in the U.S, as bands like Minor Threat and Bad Brains recorded songs that brought heightened speed, aggressiveness, and consciousness to punk rock.

Punk has continued to evolve over the past few decades (we also avoided pop-punk, for the most part, for this particular list), but the essence of a great punk song remains intact: fast-paced music, lyrics rooted in anti-establishment, and a welcome sense of danger.

So, hey ho, let’s go … with our sure-to-be-scrutinized picks for the Top 50 Punk Songs of All Time. Scroll to the end for a full playlist of all 50 tracks. 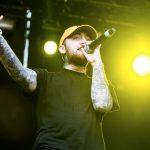 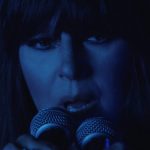