Greg DiNero has the NBA YoungBoy fanbase on the edge of their seats hoping the track he produced gets its official release.

The Tri-State area is home to producer Greg DiNero that has the hip hop community in a frenzy for his work with rap goat, NBA YoungBoy. After being featured on Hot97, landing two radio residencies, and surpassing one hundred million views on YouTube and Spotify, 2018 saw another milestone with the production deal inked and signed with Atlantic Records, Rich Forever Gang, and 300 Ent. affiliate, “LOUIE KNOWS.” Forward to 2020, Greg DiNero’s talent for creating hit beats caught the attention of one of hip hop’s most iconic rappers, NBA YoungBoy.

Little did Greg DiNero know, his beat was being graced by melodic and authentic vocals by the rap star that would become the talk of fans worldwide. A snippet of the song, “With Me Or Not” found its way to YouTube with YoungBoy himself vibing along. Social media hasn’t been the same since. Fans have been unable to contain the excitement for what many are labeling their favorite unreleased NBA YoungBoy track. Calls for the song’s release have been the main topic by fans begging for the viral single. 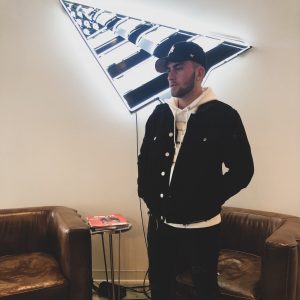 The uproar of anticipation was loud enough to arrive on Greg DiNero’s radar, who only found out in 2022 of the snippet’s existence. Now, the music industry has been on their heels with rumors hinting the long-awaited release of the track would become a reality when NBA YoungBoy releases his upcoming project, “The Last Slimeto.” August 5th, the scheduled release date of the album will tell if “With Me Or Not” would finally see the light of day.

Greg DiNero has impacted the culture at just twenty-six years old. To be behind a beat so instrumental to fans of one of hip hop’s greatest is an accolade many producers envision to accomplish. Follow his online accounts to join in the anticipation for the rumored release of his track with NBA YoungBoy.