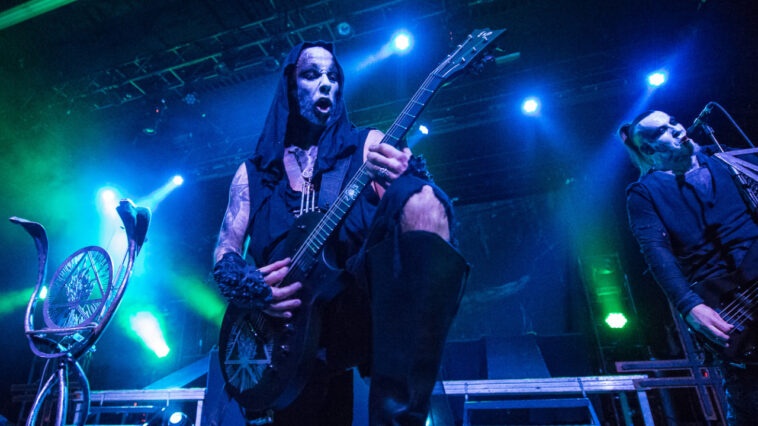 Setting the Stage: Walking through the packed tourist trap that is Times Square in New York City on Saturday night (November 3rd), religious sermonizers preaching the word of Jesus greeted us on various street corners, but little did they know that the word of Lucifer would soon be spread at the PlayStation Theater just a few feet away. Poland’s mighty Behemoth were in town to support their stellar new album, I Loved You at Your Darkest, with frontman Nergal and company were ready to treat fans to a diabolic evening of music. Joining them to entertain the sold-out crowd were Olympia, Washington, black metal act Wolves in the Throne Room and Swedish melodic death metal pioneers At the Gates.

Prior to Behemoth taking the stage, we knew we were in for one hell of a night when the sound guy uttered “Hail Satan” to check the mic, as opposed to the usual “1, 2, 3, check, check.” That coupled with about 20 haunting minutes of children chanting lines like “I shall not forgive” over the PA really set the mood.

Taking the Stage: Donning masks for the first song, Behemoth opened with “Wolves Ov Siberia” from I Loved You at Your Darkest, one of five new songs the band would play during the evening. After ridding themselves of the masks and revealing their corpse-painted faces, the band followed with “Daimonos” off 2009’s Evangelion, another album that was well represented in the setlist.
With a lot of bands, fans often want to hear the “old stuff”, but with Behemoth’s two most recent albums, I Loved You at Your Darkest and 2014’s The Satanist, being two of the strongest efforts in their discography, the newer songs got just as much or more of a rise out of the crowd than the older tunes. ILYAD tracks “God = Dog”, “Bartzabel” and “Ecclesia Diabolica Catholica” were all greeted with adoration from the fans, while The Satanist‘s “Blow Your Trumpets Gabriel” was among the night’s highlights.

Just as powerful as Nergal’s guitars and vocals were the meaty bass lines of the muscular Orion, the thunderous drums of Inferno, and the crushing riffs of touring member and not as intimidatingly named Seth on second guitar.

Despite the shoulder-to-shoulder crowd, there were circle pits galore, as Nergal soaked in the fans’ admiration, at one point telling the audience that this was Behemoth’s biggest headlining North American tour yet. The night ended with the classic track “Lucifer” and the new song “We Are the Next 1000 Years”, closing out an evening of extreme metal mastery.

Extreme Support: At the Gates rarely open for other bands, being a longtime headliner themselves, but they made an exception for Behemoth, and fans were treated to a very strong bill of bands. The Swedish metallers delivered a powerful 11-song set that featured five songs off their 2014 comeback album, At War With Reality, and two from their latest disc, 2018’s To Drink From the Night Itself. Wolves in the Throne Room, who’ve been around for 15 years themselves, opened the night with a solid set of black metal. 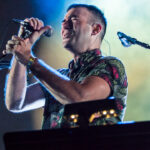 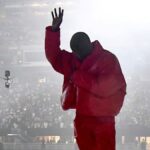